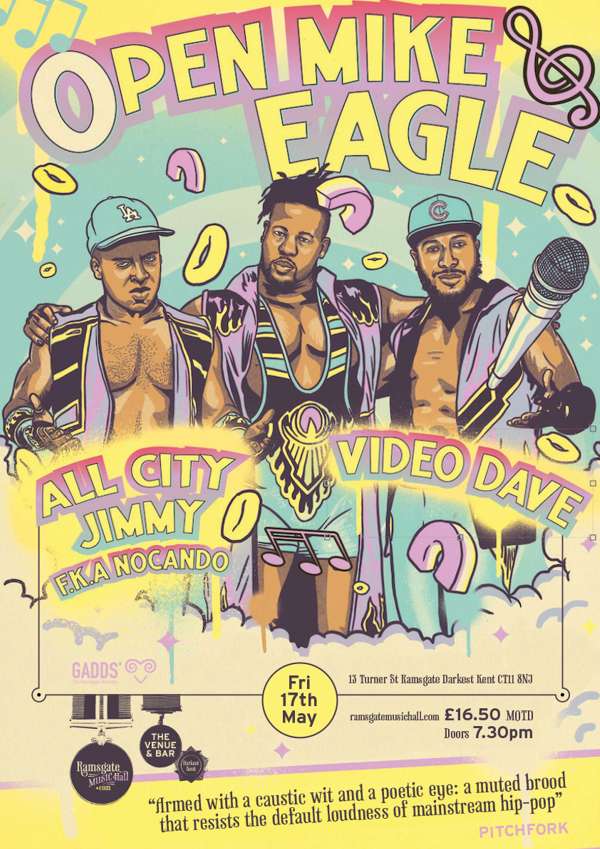 Open Mike Eagle might not have all the answers, but few artists in hip-hop, music, or American life are asking smarter questions. In a landscape governed by ceaseless babble, flashing lights, and hollow lies, Eagle harmonises into the void so we don’t have to.

"Gives the feeling of sitting a warm summer's eve, surrounded by friends. The beats are welcoming, jazzy, and minimal while Mike sing-raps his poignant lines in a typically poetic and smooth cadence" - Under the Radar

As a mainstay on the underground hip-hop scene, southside Chicago native Open Mike Eagle has attracted a cult following for his alternative hip-hop style blended with introspective and darkly humorous lyricism.

As a member of the West-Coast spoken word and hip-hop collective Project Blowed, Mike established his name on the circuit with the likes of Dumbfoundead and Freedom Fellowship while attending university in LA. It’s here that the MC perfected his craft networking with some of the most prestigious producers and artists in the city and started highly respected underground rap group Thirsty Fish.

"Armed with a caustic wit and a poetic eye: a muted brood that resists the default loudness of mainstream hip-pop" - Pitchfork