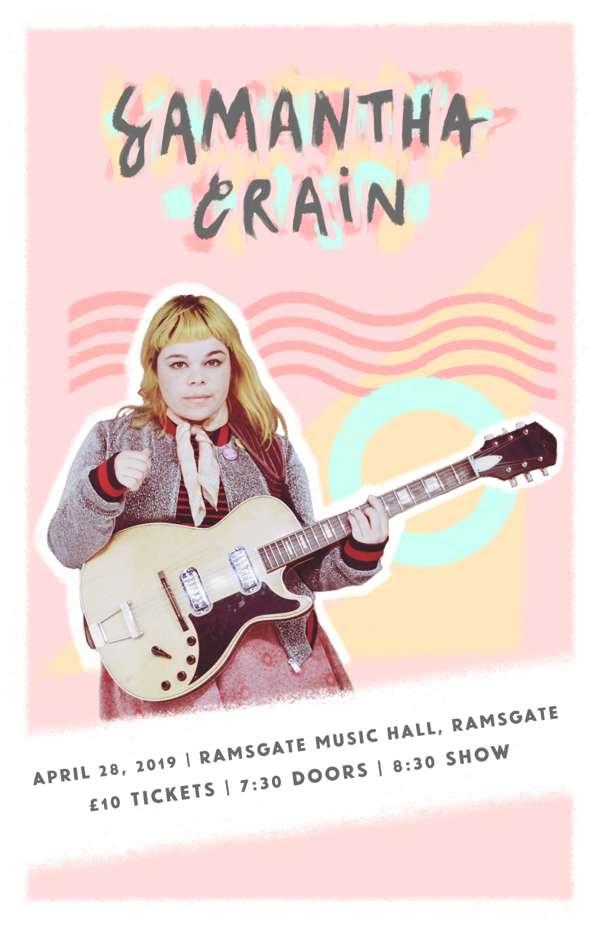 All the way from Oklahoma, Samantha Crain returns to Ramsgate. Whilst her folk songs evoke a poignant sadness, there's something beautifully uplifting and inspirational about her writing.

Following on from touring across the United States, Samantha Crain is bringing her robust and delicate voice to Ramsgate for a night of poetic brilliance.

“The striking imagery of her lyrics finds beauty and pathos in the details of downtrodden lives.” – The Guardian

In 2017 Samantha Crain's connection to her home state of Oklahoma formed the foundations of her fifth studio album, 'You Had Me At Goodbye'. Despite being more pop orientated in comparison to previous albums, her folk roots reveal themselves in "When The Roses Bloom Again."

During an interview Crain proved she’s not just an incredible writer with a beautiful voice, she is also a beautiful soul who has always stuck to her roots. "I've been having a lot of conversations over the past few years about going into survival mode when it comes to keeping our Native traditions alive," she says. "I think that the conclusion that I've come to is how important it is to be making new traditions within our tribes."

'You Had Me At Goodbye' shows off her folk balladry and experimental spirit with a greater pop emphasis, in which Crain showcases her vocal versatility creating the perfect mold of Folk and Pop culture. It finds the literary tendencies of her songwriting allowing room for a wink and a nod. This wildly original album stands as the authoritative statement thus far from an uncommonly insightful and intrepid musician. Crain, who recently turned 30, has often been pegged an “old soul” by reviewers and music writers, beginning at her first release at the age of 19.

Coming of age, for Crain, probably seems counterintuitive to longtime fans---flame colored hair, increasingly comical stage banter, and, most notably, a new embrace of something previously absent in her catalogue so far: the pop song.

"The richness of Crain’s voice and the elegant simplicity of the musical arrangements bring drama to these stories. And the striking imagery of her lyrics finds beauty and pathos in the details of downtrodden lives" – The Guardian

“Samantha Crain is some kind of wonderful” – Folk Radio