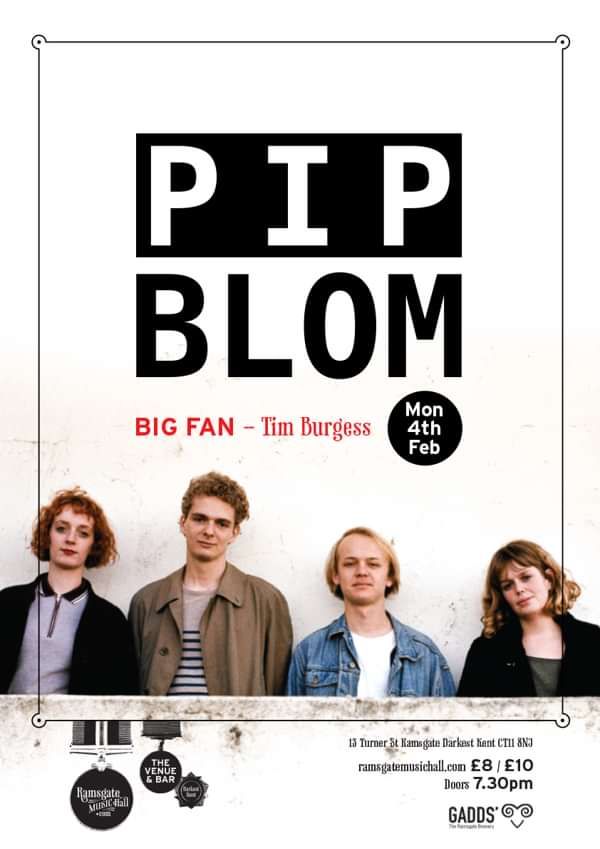 Fresh from recording their new album and touring with The Breeders and Garbage, Pip Blom are embarking on a UK tour in early 2019!

An incredibly exciting band who are riding on serious momentum: sun-bleached indie rock coated in gritty guitar tones and a throwaway disposition.

Simply put, one of the best young bands in Europe.

22-year-old Amsterdam-based Pip Blom started writing, recording and releasing her own indie-pop tunes with a twist in 2016. Early songs quickly amassed thousands and thousands of plays - prompting Pip to recruit a band and start playing them live. In stepped brother Tender Blom on backing vocals and guitar, Darek Mercks on bass and Gini Cameron on drums, with Pip herself fronting on guitar on vocals.

Since, the band have played more than a hundred gigs, rising from small pubs to the European festival circuit with performances at Eurosonic Noorderslag and The Great Escape - as well as being asked by the likes of Surfer Blood, Franz Ferdinand and The Breeders to join them on their various European tours.

Their debut album was recorded right here in Ramsgate at Big Jelly Studios, and is due for release in early 2019!

PIP BLOM Based in Amsterdam, 20 year old Pip Blom writes, records and releases her own indie-pop tunes with a twist. Although she only started releasing her raw guitar power with catchy melodies early 2016, she has already received acclaim from the likes of BBC Radio 1’s Huw Stephens, BBC 6Music’s Steve Lamacq and massive support from American tastemaker radio station KCRW. Besides that Pip received raving reviews from media like DIY Magazine (“A gem”), The Line Of Best Fit (“A gigantic dollop of catchy pop pep”), Fingers On Blast (“An exceptionally talented lo fi rock monster”) and The Most Radicalist (“Hipnotically lo-fi and brilliantly simplistic”). Looking at the stats, besides her own The Netherlands, America and England are important markets for Pip’s music with Amsterdam, London and Manhattan as major cities. The songs have been featured in influential Spotify playlists as New Music Friday, Fresh Finds, Indie Songs For Slackers and Absolute Alternative with almost 500.000 plays as a result! In 2016 Pip released the double A-side 7” release Truth / Hours on the Norwich based Grunt Grunt A Go Go label, the 3 track EP Are We There Yet on Toaster Records and limited edition 7” Working On It on the Paradiso Vinyl Club, the talent label of the prestigious Amsterdam club Paradiso. In februari 2017 Pip will release the single I Think I’m In Love, another catchy rocking tune, this time produced by Raven Aartsen from Mozes And The First Born. In april Pip and her band will tour the UK for the second time. Listen to Pip’s music on for example Bandcamp: http://pipblom.com/album/are-we-there-yet 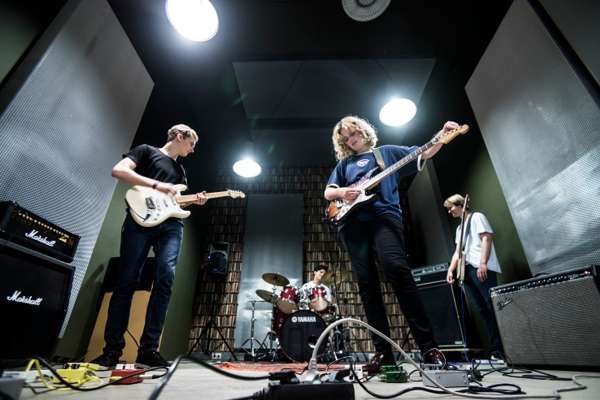