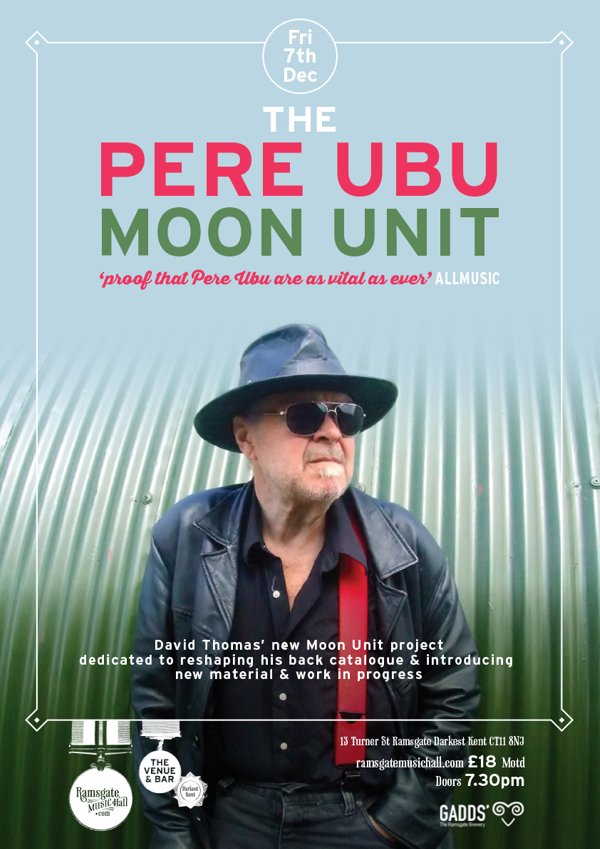 Headed by singer David Thomas, the Pere Ubu Moon Unit is a project dedicated to reshaping songs from the Ubu catalogue as well as introducing new material and works-inprogress.

The Moon Unit, like its conceptual predecessor, David Thomas and two pale boys, relies on improvisation shorn of the plinky-plonk indulgence that gives improvisation (justifiably) bad name. Rather, the Moon Unit generates a thematic song cycle out of a re-imagining possibilities.

Grist for the mill includes new takes on the songs from the latest album ’20 Years In A Montana Missile Silo,’ along with tracks from the critically acclaimed ‘Carnival Of Souls’ (Fire Records, 2015. It is Mr Thomas’ intention that the shows will also include exclusive first outings of songs from the forthcoming album, provisionally titled ‘The Long Goodbye.’