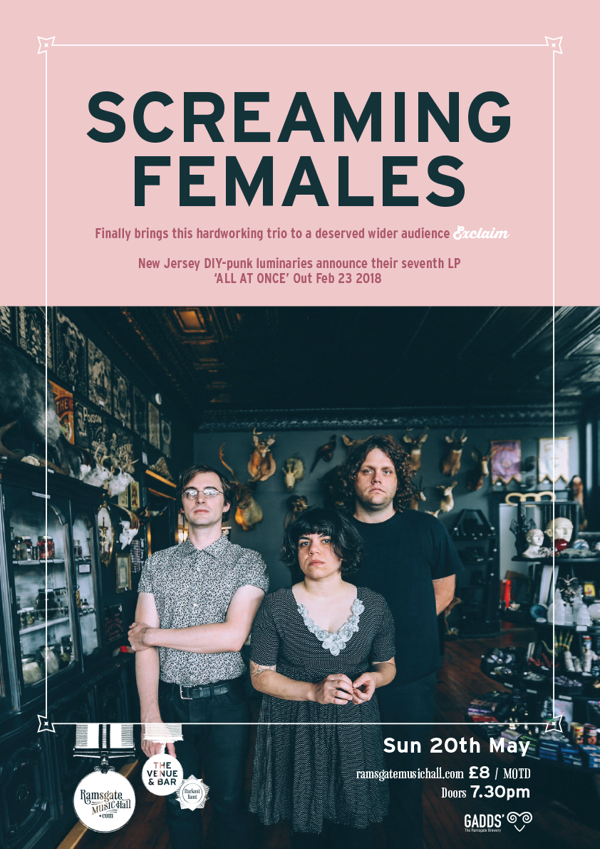 Delighted to announce Screaming Females to play at Ramsgate Music Hall. New Jersey DIY-punk luminaries Screaming Females announced their seventh studio album All At Once, due out February 23, 2018 on Don Giovanni Records.

Now more than a decade into its existence, Screaming Females can claim something that few of their peers possess in a comparable capacity: experience. “When you’ve been a band for 12 or 13 years, the resources can dry up and you just go back to what feels comfortable,” explains Dougherty. “The other option is that you develop stuff that a younger band would not have been able to do.” All At Once is the evidence of that growth - in its sprawl and scope, but also in its subtleties. “A song like ‘Glass House’ is something we knew we were capable of, but it took a while to fully embrace,” says Paternoster. “It’s very simple - just bass, drums, and two simple riffs. In the past, I might have insisted on adding more. Practicing self-restraint is something I have consciously been trying to do.”